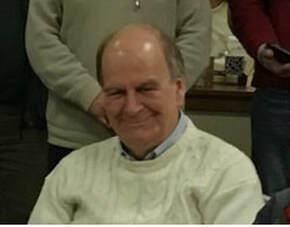 It is with great sadness that I have been informed that Stig Rasmussen G1MVF died in hospital of Covid-19 on the evening for Friday 15 and morning of Saturday 16 January 2021.

Stig lived in Grafham and was a stalwart member of Hunts ARS, he always joined the Tuesday Tech Talk Net, having a technical question for us to ponder over and signed out with "Its time for me to put my Pizza in the oven". He also joind us on the Club Zoom meetings regularly.

He will be saddly missed by all his friends and fellow Radio Amateurs. 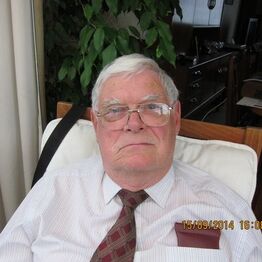 It is with deep sadness that we recently heard that our Society Member, Alan Steadman (M5AEE)  recently passed away having contracted COVID-19.

Alan was a frequent attendee at our meetings at the Buckden Village Hall as he only lived around the corner to the venue.

He studied at Cambridge University and I do know he was a collector wartime radio equipment.

It is with sadness that we have to report that Chris (G1YVS) passed away suddenly in August 2020. He lived in Offord Darcy and was a past Chairman of Huntingdonshire Amateur Radio Society.

Chris was 70 this year, still working full time as a computer server analyst for Associated British foods. He nearly died 18 months ago when a gall bladder operation went wrong, but he overcame that.

Unfortunately he died of a major heart attack whist riding his bike. He would not have felt anything apparently. During lock down and with some free time he had, he was beginning to get on his radios again.

It is with deep sadness that we recently heard that a Club Member, Mick Wells (M6HWO) passed away at a local hospital in Peterborough.

He was very big in CB back in 70s that's when Dougie got to know him he. Moved to Stilton where we lived then he liked hamradio so became SWL. Was so happy to get ticket.  Also his little dog winnie which was his life he lived alone for last 16yrs.

He was lovely getnle man. Was a frequent attendee at our club meetings and was a students out of PADARC where he gained his foundation qualifications with Alan & Tracy.
Our thoughts are with his family and friends.

*Thanks to Dougie 2E1IGI for informing us and Andy G6OHM for the photo.

In 1941 Bob was recruited as a Voluntary Interceptor at the age of 16 followed by 4 and half years in the Radio Security Service stationed at Box 25, Arkley View, Barnet. There he examined logs from our intercept stations to determine which transmissions were German Abwehr and wanted. These were identified, if possible, for the group and service or perhaps a new service set up by the Germans. The procedure was based on Ham chat abbreviations with rarely any indication that they might be German. But the Ham Chat was suspicious. e.g. QSA0 or QSA nil, QRX Next, 3 letter call signs and groups of 5 letter cipher!

As a School Teacher, Bob ran the school club call sign G3MJJ at St Ivo school St Ives and they ran skeds with other schools.

In recent years he has not been active on the Ham bands, but kept contact with other Voluntary Interceptors (VI), Bletchley Park and the National Radio Center where he is featured in the VI display. The family have asked to be given space and privacy.

Alan Moore - 2E0ZAL
It is with sadness that we hear of the passing of Alan Moore 2E0ZAL. Alan love radio being an addict since he was 14 he obtained his 2e0 call when he was 75. He also had the call M6CAM (cat and mouse).

Alan was a frequent visitor and contributor on GB3OV

*Thanks to Dougie 2E1IGI for informing us. 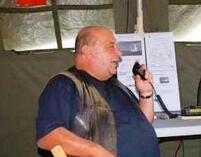 It is with sadness that we have to inform you that George G1ATI went Silent Key.
Some of the members have talked to George on the 6am net. Also while he was passing through the OV area.
I understand he had a massive stroke, and was in hospital for 4 weeks. He passed away last Sunday 29th Sept.
He will be sadly missed with his Norfolk Humour and accent.  Rest in piece George G1ATI   SK​

It is with great sadness that we have to inform you that  Mr. Gerald G Gibbs - G3AAZ passed away peacefully on 24th January 2019 at the Cromwell Care Home, Huntingdon, aged 99.

It is very sad to lose such a true Gentleman, he will be sadly missed by all. his friends at the Huntingdonshire Amateur Radio Society and those who had QSO's with him.

Gerald's funeral will take place at the West Chapel at Cambridge Crematorium on the A14 (postcode CB3 0JJ) at 12.00 noon on Thursday 28th February and we will go afterward to the Slepe Hall Hotel in St. Ives for refreshments (PE27 5RB).

It is with regret that club members are informed of the peaceful passing of Barrington George Crosby (Barry) Thompson, G4LKF / G8JJE, on the 5th March 2017, following 3 months of illness.

Barry served in the RAF 1947 – 1957, seeing service in the UK and in Hong Kong and later as an NCO Instructor at No 3 Radio School Compton Bassett.  After leaving the RAF, Barry was an Electronic Inspector with the MoD, then a Technical Officer with REME.  Later he was a Senior Test Technician with an electronics company until ill health forced his early retirement in 1987.  He also served as an NCO with 92nd Signals Regiment Royal Signals AER.  His amateur radio interests were mainly in the VHF / UHF field.

Geoff Rogers G8ABB of Bletchley, Milton Keynes, sadly passed away in hospital after a long illness, on Sunday 29th January 2017 at the age of 86. Geoff was well known to HARS members as a past member and one-time stalwart of the ten o’clock net and later, host of 80 metre nets.

His voice will be missed by many. Download the file below to hear a recording of Geoff (kindly provided by Sid M0SRS)